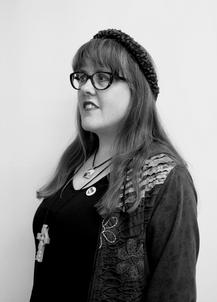 Elizabeth Hopkinson is the author of the Asexual Fairy Tales series. She was featured in the BBC’s We Are Bradford project, and was on Stonewall's first ace/aro panel.

Her short stories have appeared in The Forgotten & the Fantastical and Dancing with Mr Darcy, along with many other anthologies and magazines. Her story “A Short History of the Dream Library” won the James White Award.

Elizabeth is a romantic asexual and is committed to asexual representation in fiction.